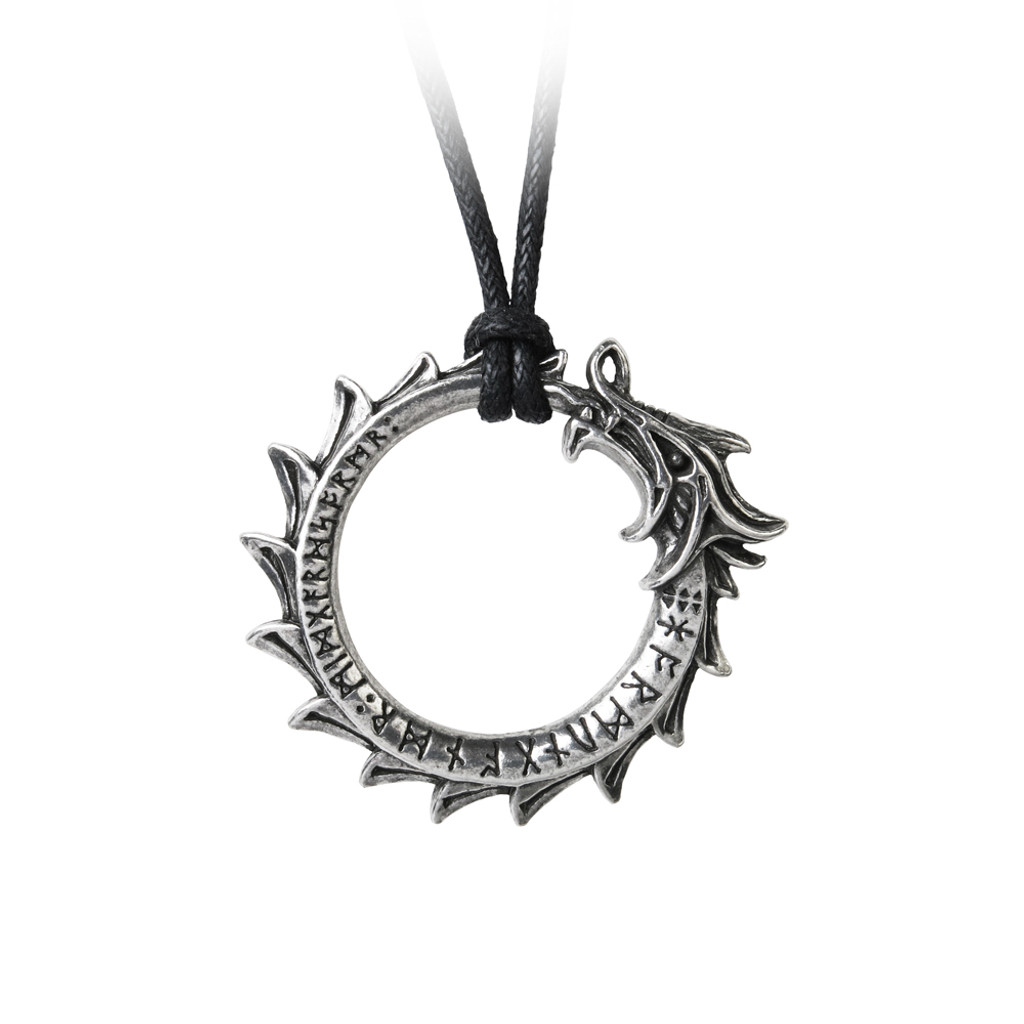 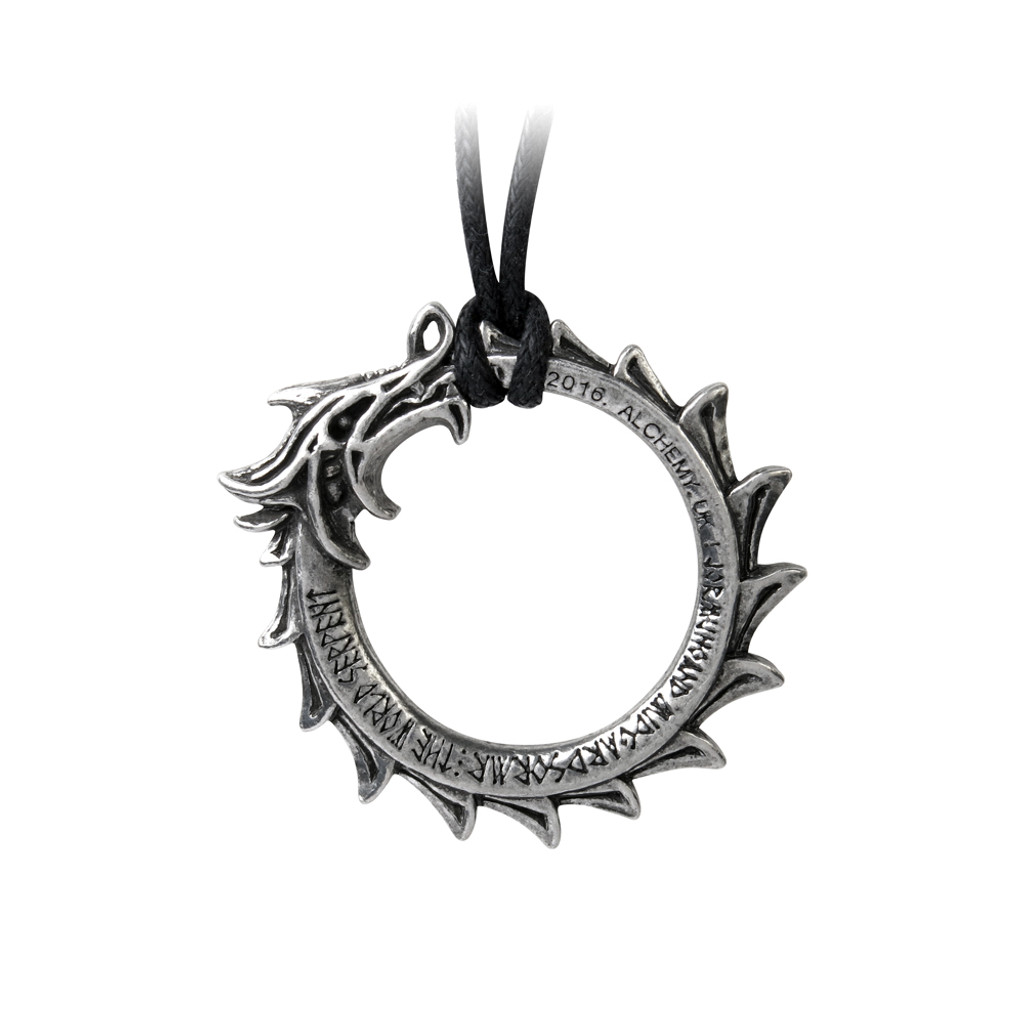 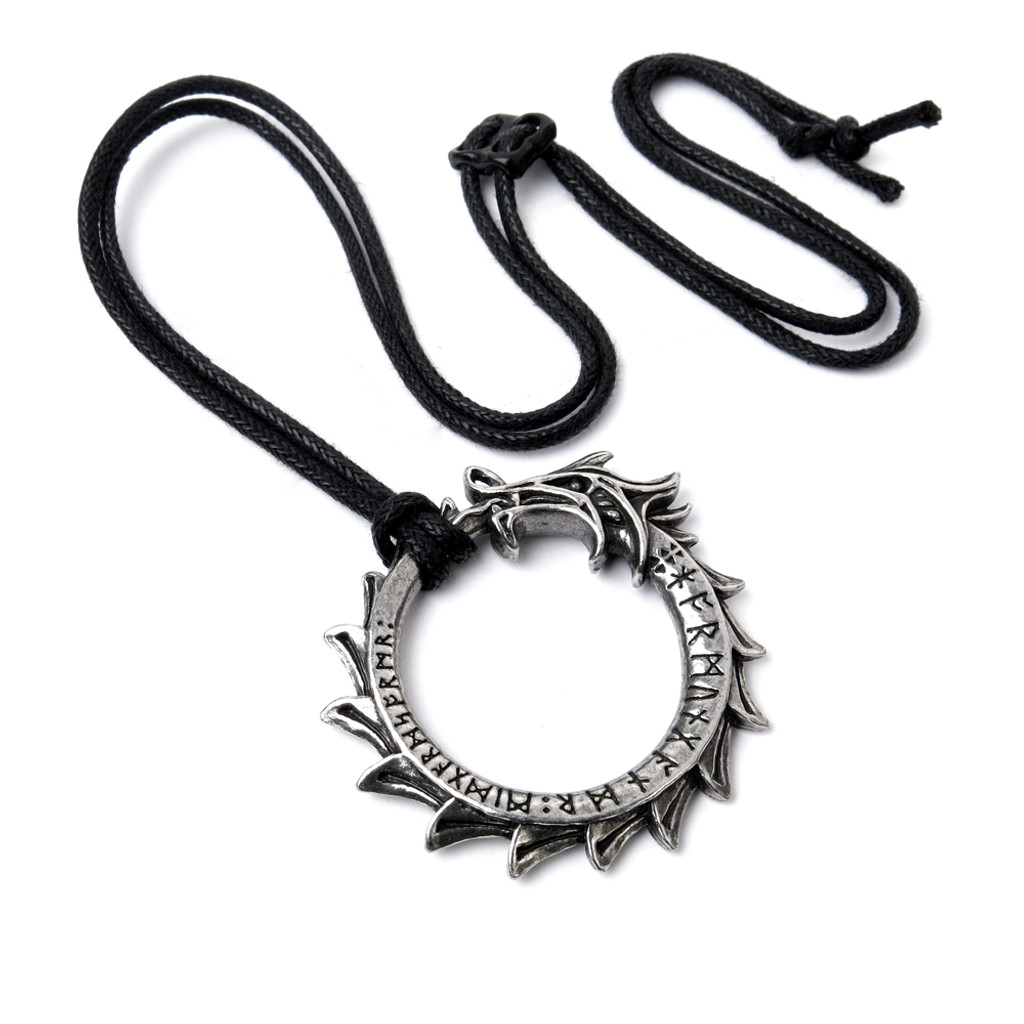 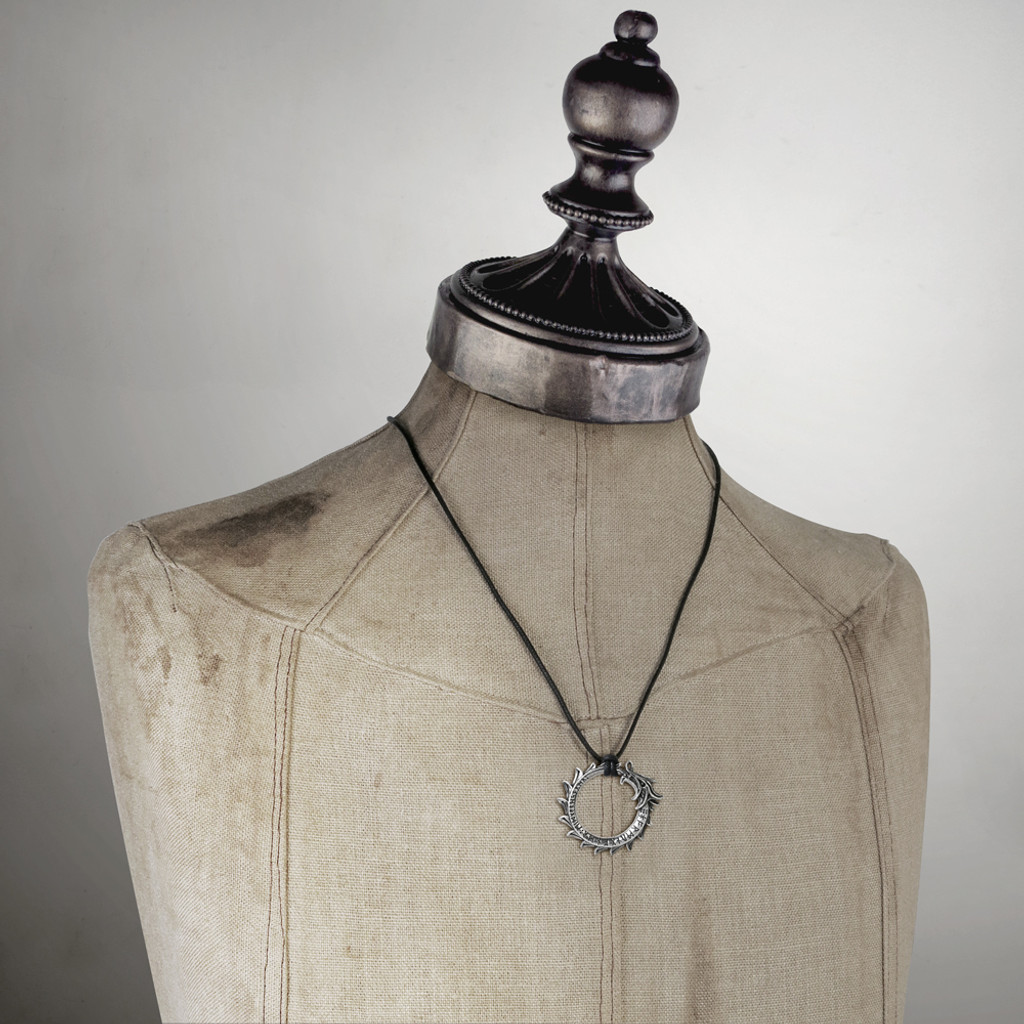 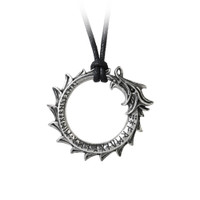 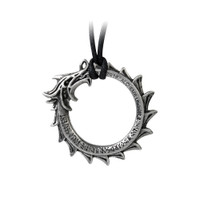 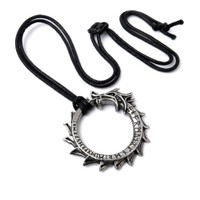 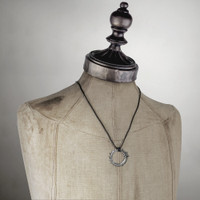 A child of the Norse god Loki, Jormungandr, the 'Midgard' or World Serpent is the greatest ouroboros. Encircling the ocean which surrounds the world; should the 'huge monster' release his own tail, the world will be at an end. The serpent's body is engraved with runes upon the front reading "Jormungandr Miogarosormr", which translates to 'Jormundgard the World Serpent'.

In Norse mythology, Jormungandr also known as the Midgard Serpent or World Serpent, is a sea serpent, the middle child of the giantess Angrbooa and Loki. According to the Prose Edda, Odin took Loki's three children by Angrbooa-the wolf Fenrir, Hel, and Jormungandr-and tossed Jormungandr into the great ocean that encircles Midgard. The serpent grew so large that it was able to surround the earth and grasp its own tail and therefore received the name World Serpent.

An antiqued pewter pendant, Viking-style serpent-dragon biting it's own tail, making the form of a ring, and engraved on the front in runic and on the reverse with the serpent's names.

Sorry, there are no reviews for this product yet.